The human body is a complex setup of mystery and entanglement, at least to a common man. In accordance to an average human brain’s technical understanding, the internal structure and makeup of the human body is considered to be similar to a severely complex interconnection of wires, sockets and plugs attached to a large-scale internet server.

The above description of the human body stays true due to the fact that everybody primarily consists of several functional organs and organ systems. All these organ system, with the help of the contributing organs, aid the normal functioning of the body. In such an intricate compilation of systems, possibility of an occurrence of any abnormality in any of the body systems cannot be cornered at all.

What Does Iodine & Thyroid Have In Common?

Among the other comprising organ function systems, the Endocrine System is the one system that takes care about the regulation and normal activity of the other systems and organs. The system performs its function by the secretion of natural hormones from various endocrine glands present in the body at various anatomical positions. One such important endocrine gland is Thyroid Gland that sits right below the Adam’s apple in the neck region.

The natural hormones liberated by this gland are the T3 and T4 hormones. Among the abnormalities associated with the functioning of this endocrine gland, the incidence of Hypothyroidism is the more common possibility to occur. Apart from that, the Thyroid Gland might also suffer an over active phase and thus, the condition is termed as Hyperthyroidism.​

Thyroid Hormone And Their Function​

To be more descriptive with the Thyroid gland and its secretions, here follows a more detailed summary of the Thyroid hormones and their function in the body. The two hormones produced by the gland are:​

​In order to be sufficiently produced in and released by the gland, both of these hormones require a certain optimum level of Iodine to be present in the body. These hormones perform a basic function of managing the body growth and the basal metabolic rate. The hormones primarily act on almost all the cells of the body to enhance the cellular oxygen consumption and the rate of energy generation in the cell.

Commonly, pertaining to the several common or rare etiological causes, the activity of the Thyroid gland might be severed in some cases. The condition is medically termed as Hypothyroidism. This reduced thyroid hormone level is more commonly exhibited among the middle-aged females than other age groups or in males, and Iodine deficiency in the body comprises the most common cause behind the occurrence.

Iodine Requirement in the body​

Iodine is found in traces in the human body, and its contribution in the Thyroid hormone synthesis is its only known function. Although required in a timid amount in the body, the fulfillment of this Iodine requirement in the body is quite crucial for the healthy well-being of a person. The optimum Iodine requirement in the human body can be enlisted as below:​

​In most of the geographically distributed areas of the world, the ground soil remains to be the prime source of Iodine for the body. The plantations grown on such Iodine rich soil provides the adequate amount of Iodine to the body mediated by the locally grown food items. However, the trouble of Iodine deficiency is confronted by the population in the areas where the soil is devoid of any Iodine element.

​Iodine deficiency in the soil is more related to either the low land areas that are far off from the sea water, or the hilly areas where all the soil iodine is washed away due to floods or glaciations. These topographical areas represent the endemic Iodine deficiency state and can produce an exacerbated effect on the community health if the iodine deficit regional food products are primarily consumed by the native population as a staple food.

As discussed about lack of Iodine supply to the human body, it was concluded to add a small quantity of Iodine to the commonly consumed food supplements and drinking water. Most successfully prevalent method is to use Iodized table salt for preparing food, thus providing the sufficient amount of Iodine in the food.

Goiter is a condition commonly caused due to deficiency of Iodine. It is majorly a point of concern for the incidence of births of hypothyroid and possibly mentally or physically retarded children, where the mothers are known Goiter patients due to Iodine deficiency. It is clinically characterized by a swelling at the base of the neck usually associated usually with increased appetite, difficulty in swallowing, breathing and probable hoarseness in the voice. However, the exact symptoms of the condition vary from patient to patient, relative to the underlying cause of the condition in them, which mainly consist of Hypothyroidism or Hyperthyroidism.​

The evidently swollen neck is due to the enlargement of the thyroid gland present in the neck region. The gland enlargement occurs due to the hyperplasia of the follicular cells of the gland due to the perpetual stimulation to the gland to produce hormones in hypothyroid conditions. The endocrine feedback mechanism plays a grand role in the exhibition of such deficiency abnormalities in the human body.

Management by a Simpler Way​

​With no doubts, the closets of a newly diagnosed patient’s house will start to be piled up with the prescriptions drugs recommended by the specialists and physicians in the city. However, the expert researchers still advocate little changes in the diet regimen and routine lifestyle to successfully encounter almost all the common endocrine disorders, and hypothyroidism is no exception to that.

Hypothyroidism Revolution is a recently affirmed hypothyroid treatment program assembled by the medical researcher Tom Brimeyer that talks about the progressive procedures that can be followed to get certain possible relief from the symptoms of the condition.

A complete set guide explaining the pathophysiology, mode of treatment, misconceptions and “to dos” for the condition; the “Hypothyroidism Revolution” nutrition management product is out in the market for purchase, and is knocking doors to provide an unbeatable approach to combat the hypothyroidism condition.​

You can checkout my review on Hypothyroidism Revolution here.​ 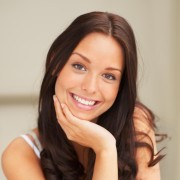 Different Types Of Hypothyroidism And Its Symptoms